Interview – The Future of VR Esports 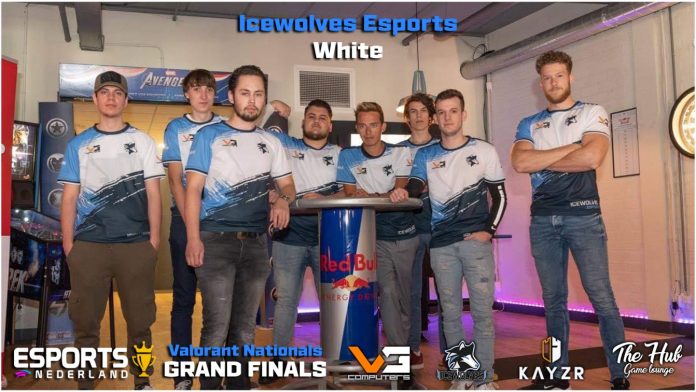 We always talk about VR esports being one of the biggest things in virtual reality right now. There are new games, leagues and tournaments out there. However, all these would be worth nothing if it wasn’t for the people, the community, that make esports what it is today.

Meet IceWolves Esports, an esports organization founded in Belgium. They were founded in 2015 and since then, they have grown a pretty large community behind them, with over 1300 followers on Facebook. They compete in a lot of esports titles in games such as Valorant and CSGO, and they are pretty successful in tournaments.

Sven, the Co-CEO of IceWolves was kind enough to accept an interview with us. Even though IceWolves doesn’t compete in VR yet, we think that Sven’s knowledge in traditional esports will be valuable for anyone who wants to get started in VR esports. We talked about how an esports team comes to be, the tips he can give to esports players and how VR will change esports. He gave us insights about the world of esports, which we believe you will find really interesting.

What were the challenges when starting the esports team?

It was hard to attract new players and convince them to join esports in general. Finding partners and keeping them happy and finding people you can count on is pretty difficult. Also, finding the right people for the right job is really important and tough.

What are your future goals with the team and where do you hope to be in 5 years?

Our goal is to keep growing like we are doing now and to reach the top ranks of the BeNeLux so we can compete in even bigger tournaments. Of course, also to keep the mood like it is now, really friendly.

Have you ever tried a virtual reality headset and what did you think about it?
Yes, I have. It was at Virtual Secrets and on a LAN Party (666 LAN). What is great about it is that you can escape from the real world for a small amount of time to relax and forget the problems you might have.

What are your thoughts about esports for Virtual Reality games?

I see a lot of potential, it keeps growing. It also has that physical aspect that the current esports games don’t have.

The beauty of it really is to combine the physical and the gaming aspects, that sort of forces you to keep in shape and to be healthy.

If VR becomes more mainstream, will you add it to your roster or stick to classic esports?

It’s important that you keep up with the gaming trends. We will definitely give it a place within our organization and we would be more than happy to welcome it.

What tips can you give people who want to start a VR esports team?

Take the time and don’t make rushed decisions. Make sure you can combine it with your personal life because it’s a lot more work than you would expect. Also, don’t hesitate to contact a nearby VR center for some kind of partnership or some other form of cooperation, or maybe to have some training days.

It’s not really that widespread yet, so don’t be afraid to contact other players that might be really talented.

With the rise of VR esports, more and more esports teams like IceWolves will be willing to start competing in VR. We thank Sven again for this great interview, the insights he gave us will surely be useful for beginners and especially for people who want to form a VR esports team. Make sure you check out IceWolves, and don’t forget to stick around, because we will have interviews about VR esports players, teams and even VR game developers soon!

March Madness has been one of the most exciting sports events since 1939, but I had never heard of the NCAA Division...
Read more
VR Gaming

With the launch of Season One: Uprising, BigBox VR delivered a massive content drop that will change virtual combat and impact VR...
Read more
Interviews

During the senior year of high school, students typically focus on college applications, eagerly count down the days until graduation, and spend...
Read more

If you’re ready to release pent up frustration, engage in some physical activity (exercise), and feel pleased with yourself for contributing to...
Read more
Load more