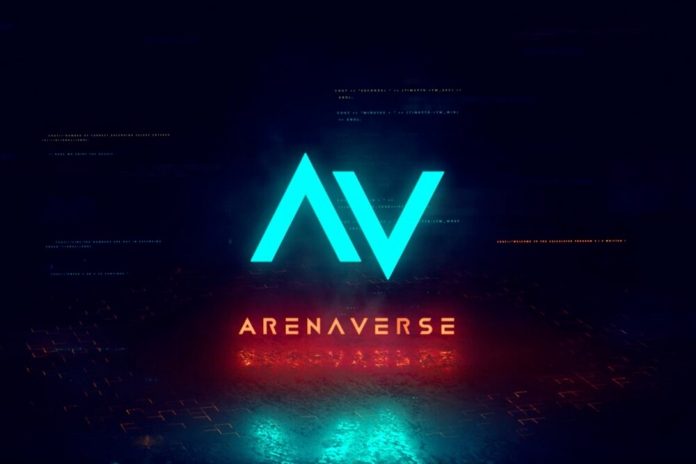 Welcome back to the series Location Based VR Esports (LBVRE) where we look at the most exciting games in location-based virtual reality. Last week, we interviewed Phenomena about their game Versus. If you haven’t read it, we definitely suggest that you go take a look.

This week, we’re back with another VR company: Escape VR. Escape VR makes virtual reality escape room experiences, ranging from puzzle games to horror games. Apart from this, the team behind Escape VR is also the team behind the arena scale laser tag game Arenaverse. We had a chat with Nick Risher, president of Arenaverse, and talked about the things they do over at Escape VR and Arenaverse.

Escape VR has quite the history and experience in VR. With experienced names behind it, such as the CEO Simon Chu, they’ve been making VR escape rooms and horror games for a while. Their most popular game is Goblin’s Quest, which is a 60-minute backpack escape room which can be played by 2 to 6 players. They are also well-known for games such as Geist Manor, a horror escape game where you are locked up in a little girl’s playroom; or the sci-fi game Subject X where you’re abducted by a spaceship, to name a few.

As mentioned, Escape VR products are free roam room scale games. This means that you don’t need to watch out for any cables connected to your headset. Besides, you can walk around the room freely and your character in the game will go wherever you go. They are multiplayer games as well, meaning you don’t need to solve puzzles or get scared on your own. You can have your friends with you. Today, Escape VR products are pretty widespread and you can find them in 20 entertainment centers in 5 countries.

In Arenaverse, you battle against your friends in a virtual arena. You can play with from 2 to 12 people. In addition, you also have the option to battle against AI with any number of players in your team. The arena re-constructs into a new space at the end of each round, making sure you’re always challenged with a fresh map. Arenaverse has different environments to choose from, such as the futuristic Cyberpunk environment or the Snow Resort, each environment with its own unique character designs.

Another great feature of Arenaverse is that they offer an app with stats, virtual currency and customizable characters. This means that you can create your own avatar from the app and, when you go to any arcade with the game, all you have to do is to scan a QR code from your phone. This will let you play with your own customized avatar. It will also allow you to have a look at you and your friends’ stats and see who’s better!

We definitely recommend meeting up with some friends and having a go at the escape rooms from Escape VR or battling against each other in Arenaverse. If these get you interested, definitely check out if they’re already available at a nearby entertainment center. Also be sure to check out their awesome work on their websites and on all of their social platforms.

Remember to tune in for more reviews and interviews like this and let us know what you think. Also be sure to give us a follow on our socials so that you don’t miss any future interviews or events. Who should we interview next? Leave your suggestions and we’ll try and make it happen!

Since the release of Population: One in October 2020, players have been forming clans, independent leagues, and super secret societies accessible only...
Read more
Load more