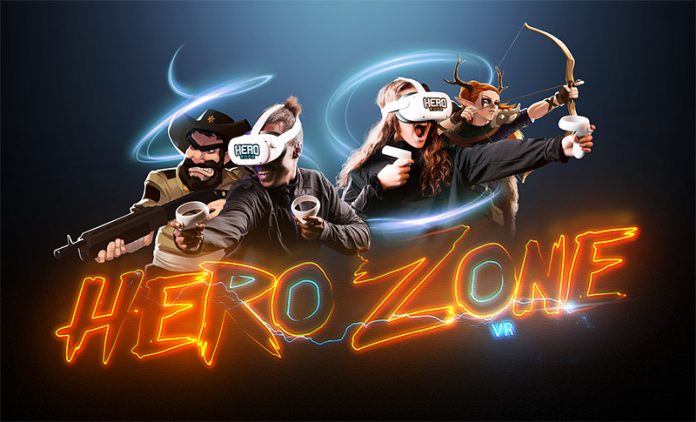 Cops vs Robbers becomes the first to join forces with Hero Zone to give VR operators a one-launcher-fits-all, pay-per-play solution.

Since the first wireless, affordable headset came out in 2019, both developers and operators have seen its disruptive potential. Using standalone headsets drastically lowers the initial hardware investment, and at the same time, creates a greater sense of freedom. As a result, the business case for offering co-location multiplayer VR became much more interesting. Hero Zone was one of the first companies fully embracing this opportunity giving every venue the possibility to offer their visitors a premium social VR experience. While Hero Zone is packed with immersive fun for all ages and skill levels, its credit-based licensing system and no-contract policy also drastically lower the barrier to entry for the VR market. Over 100 locations across 18 countries jumped aboard in a relatively short time frame.

Following the success of Hero Zone’s four own IP games, the Belgian pioneers decided to open up their platform to third-party productions. One of the strongest features of Hero Zone is that it joins some of the most successful free-roam experiences under one game launcher and makes it possible to switch between them with one click. It discards the inconvenience of having multiple game launchers with their own calibration process, play area sizes, and business model. Hero Zone is excited to announce Cops vs Robbers as their first distribution partnership.

Cops vs Robbers is a themed PvP shooter developed by a Dutch team of 5 VR experts with a remarkable track record working with big titles from Vertigo Games, Guerrilla Games and Talespin. They also have five years of hands-on experience in the LBVR market, having 300.000 people experience VR for the first time in their arcade. Cops vs Robbers is known for its interactivity and stunning visual design, resulting in a high-quality VR laser tag game.

Hero Zone requires a minimum play area of only 4.5m x 4.5m (15ft x 15ft), making it the most space-effective free-roam platform available. Setting up is a breeze and allows you to transform any space into a first-class VR adventure in under an hour. The user-friendly interface, intuitive gameplay, and option to play with up to 6 players make for a fast throughput guaranteeing a high ROI. At the same time, leaderboards and multiplayer mechanics function as a magnet for repeat play.

The platform offers a one-time bonus of 250€ for interested parties reaching out during the Cops vs Robbers launch week from 7-12 December. The only VR tool you need for success is just a click away: https://www.herozonevr.com/trial