Interview – Splitverse Knows How To Convey An Experience In Virtual Reality 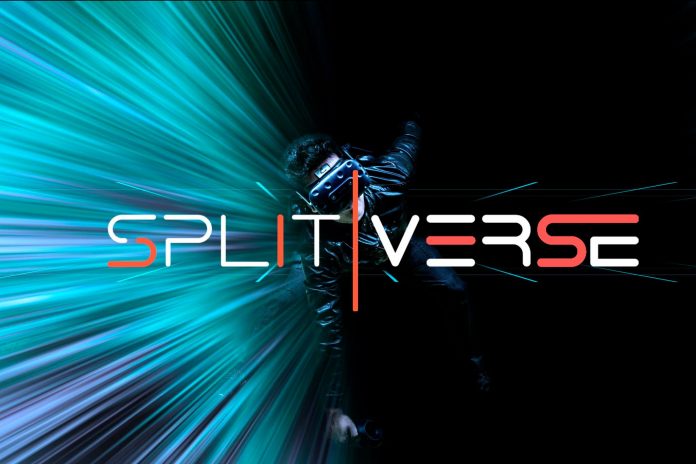 It’s really hard to show how awesome and immersive a VR game is. This is one of the hardest things about the game trailers and teasers. Fortunately, there’s someone making this possible. Splitverse is a mixed reality production company in the United States that works with major brands like Oculus and Beat Games. They’re the ones who make the trailers of new VR games and products to capture the essence of the game and show you a preview of the gaming experience.

The CEO of Splitverse Jacob Stradling was so kind to accept an interview with us. We talked about their work as a company and what he thinks about the future of mixed reality. It’s been an interview that will be extremely interesting for mixed and virtual reality enthusiasts, from gamers to video producers.

As the CEO, how would you define the work of Splitverse?

We’re a VR application developer and mixed reality capture studio that showcases VR content and experiences. We use mixed reality to create trailers for major games and companies. We make high-quality videos using mixed reality instead of only showing a preview of the game.

How did you decide to set up Splitverse? Did you have a background in the field?

I was pretty experienced in video production. I had worked in the production industry for over twenty years, but I didn’t have much experience in virtual reality. One day I tried my brother’s VR headset, which made me think about how video production would be for VR. I researched and figured out how to produce mixed reality videos.

As I got more experienced, I knew that our team had valuable skills to offer the VR community and promote growth in the industry.  We also felt there would be an exponential growth opportunity for Splitverse.

Splitverse is a really creative name. Where does it come from?

We wanted it to be reminiscent of creating a different universe by mixed reality, because it’s basically what we do. It’s as if the virtual world is another universe parallel to the real one, so there’s a split between these two universes. This split is going to be more and more evident in the future.

It’s really hard to show how immersive an experience in virtual reality actually is. How do you achieve this?

What you want to do when creating a mixed reality trailer is to show the viewer what they will experience when they’re inside the game. It’s hard to show this in first person because then it would just be watching the gameplay and that would not have an effect on the viewer in a substantial way. Instead, what we do is give the viewer an idea of what they will experience playing the game from a third person point of view.

Obviously, we can’t only show someone in a headset playing the game. This is where the mixed reality comes in; we want to put the viewer in a headset inside the actual game environment. We use cinematic techniques to achieve this. This way, the viewer will be able to picture themselves playing and think “I’ll be that person inside the game.” Doing so creates excitement about the immersive experience they will have in VR.

What’s your process of producing a mixed reality video?

It’s mostly about understanding the mechanics of the game. We work with developers to test the game, research key aspects of the game and, of course, we play the game ourselves. By playing the game, we can determine how physical it is, where it breaks reality (such as while jumping) and such. Then, we strategize how to feature these fundamental elements. We make a shot list based on our strategy and the needs of our client.

What makes Splitverse different from other production studios?

We are a small team and we focus on providing a very customized experience to our clients. We get to know our clients and we do whatever it takes to deliver. We are also able to do some light stunts in VR if necessary to be sure the theme of the game stands out in mixed reality. You can see this in the Tarzan VR© trailer where there is swinging, diving, and swimming.

We use technology for streamers while recording and combine that technology with cinematic techniques. The media we record in real life will not match the tone of the game. Our team will compose, re-light, and recolor the video to match the game environment. We will also change the lighting scheme on site for specific projects to match the rhythm of the game for lights to hit in time with the lighting in the game.  We also add customized effects to create a game trailer that really stands out. We record game trailers in the same manner that cinematic trailers are recorded.

What do think about the future of video production with mixed reality?

Game engines will get better so filmmaking is going to be easier. People will be able to produce videos that companies would spend millions of dollars for today. Likewise, motion capture technologies will get better and it will be easier to create and manipulate characters. It’s all about transmuting a 2D data to a 3D character easier so that we can transmit the real world into the avatar world.

VR will become even more immersive, so mixed reality will have to advance in order to catch up with this.

What about the future of virtual and mixed reality in general?

As I said earlier, virtual reality will be close to a universe itself. We’ll be using VR as an environment parallel to the real world. We’ll have places designed specifically for connecting virtual environments to the real world. Life will start to bounce between these two realities. For example, you’ll be able to go to a mall that exists both in reality and virtual reality.

It makes me think of the marketplace in the movie Valerian and the City of a Thousand Planets. In the movie, there was an actual marketplace in real life, but characters could move in a virtual marketplace by wearing headsets. They had to deal with events in both worlds at the same time. It’s going to be like that for us as well.

What do you think about the implementation of this to VR esports?

The implementation is going to be about how VR esports is being watched. Right now, there are VR esports leagues and tournaments that people watch in real life. However, since the game is already being played in VR, spectating in VR would be cooler. This would be something more advanced than just watching 3D videos because you don’t have any abilities in a 3D video.

It would also have to be a live event instead of a pre-recorded video. For instance, there is a spectator option for Dota 2 in VR but the problem with it is that spectators have limitless capabilities. For a tournament with all VR spectators, you would have to create some standards. Then, it can become more mainstream.

The possibilities of mixed reality are definitely the most exciting things about VR. From video production that Splitverse is very good at, to creating two separate realities in the future, Jacob gave insights on what’s possible with mixed reality. His knowledge in the field will surely be valuable for admirers of video producers and VR gamers alike. Make sure you check out the amazing work that Splitverse does at www.splitverse.com and on all of their social platforms.

Remember to tune in for more interviews like this and let us know what you think. Who should interview next? Leave your suggestions and we’ll try and make it happen!

There are a lot of super fun and exciting VR games out there. Today, we will be looking at one of those....
Read more
Interviews

Welcome back to the series Location Based VR Esports (LBVRE) where we look at the most exciting games in location-based virtual reality....
Read more
Interviews

The pandemic has been going on for a while now. With the world finally starting to open up slowly, people are looking...
Read more