Sign in / Join
Home Reviews Among Us... but in Virtual Reality?
ReviewsSoftware

Among Us… but in Virtual Reality? 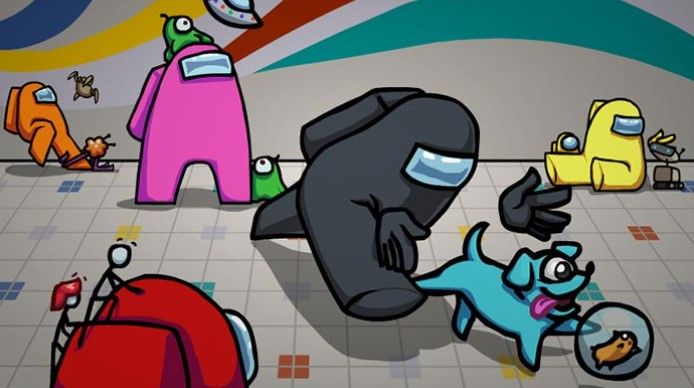 It’s no doubt that Among Us is one of the biggest things in gaming right now. It has taken over the gaming scene with its simple graphics, simplicity and fun and almost addictive gameplay. Of course, VR enthusiasts had to take this game to virtual reality. There is no official VR version from InnerSloth, the developer of Among US, but some independent developers and platforms tried their best to remake it. The results… They aren’t the best, but they’re still pretty interesting. Let’s have a look at two unofficial VR remakes of Among Us.

AmongUs_RR is a remake by the developer Pixel. This is one of the best remakes out there, and the one that resembles the original the most. A big plus is that it has an actual gameplay and rules. As a crewmate, you basically try to go around without getting killed. You don’t have a lot of tasks, but still some of the them like uploading data by tapping in a keyboard, or submitting your scan at MedBay by clicking a mouse, or swiping cards at Admin are there.

Another function that’s pretty cool is that you can call emergency meetings. You vote people out by pressing buttons on a wall instead of voting from a menu, which contributes to the feeling that you’re actually a character in the game. The map is really accurate as well. The impostor has a knife in each room that they can kill crewmates with. The impostor can even “vent” like in the original. The iconic kill sound effect is also there, and everyone close by can hear it when there’s a kill.

The graphics are, as it’s the case with most remakes, not great. The characters are not as close to the originals, and the animations of the tasks are pretty simple. Animations of killing, which is one of the iconic parts of the game, and venting are not that good either. In the end, it’s playable, and one of the best remakes out there. It looks really fun to play with friends, especially when you’re the imposter as usual.

You could say that VRChat also made a VR version of Among Us. Well, it’s not a complete remake, but the avatars are included in the platform. They look really good too! The graphics are much better than the AmongUs_RR remake. They capture the iconic shapes of the characters, even with their floating hands. Even the pets that everybody loves are in this game, and players can choose to play as one.

They also included an Among Us room in VRChat. It’s a replica of the lobby in the game, with great details; a purple character can be seen stuck under one of the boxes, the body of a cyan character that’s ejected can be seen outside the window. You can also vote people out and eject them using the emergency button and watch them float from the window.

However, this remake isn’t really the full game. It doesn’t have the gameplay of Among Us that we came to know in love. You can play different games with the avatars. In the case of Among us, playing “Murder” is the closest thing you have to the original game. However, the actual gameplay where you have to go around the spaceship, do tasks like fixing cables, report bodies etc. is non-existent. It’s more for the sake of playing with the avatars and just mess around with friends instead of playing the actual game.

At the moment, it’s great that we can play with Among Us characters in virtual reality. However, both remakes require a lot of improvement to become an actual VR version of the game. Considering that it’s one of the hottest games right now, a VR version will most probably come around eventually. It’s just a matter of time.

Welcome to the second of the series VR Esports Gaming, where we look into the hottest games that are compatible with virtual...
Read more
News

Welcome to a new series called VR Esports Gaming, where we will be looking into virtual reality games that are compatible with...
Read more
Reviews

Population: One, the battle royale experience VR enthusiasts have been waiting for, will release on all major VR platforms on October 22....
Read more

If you’re ready to release pent up frustration, engage in some physical activity (exercise), and feel pleased with yourself for contributing to...
Read more
Load more